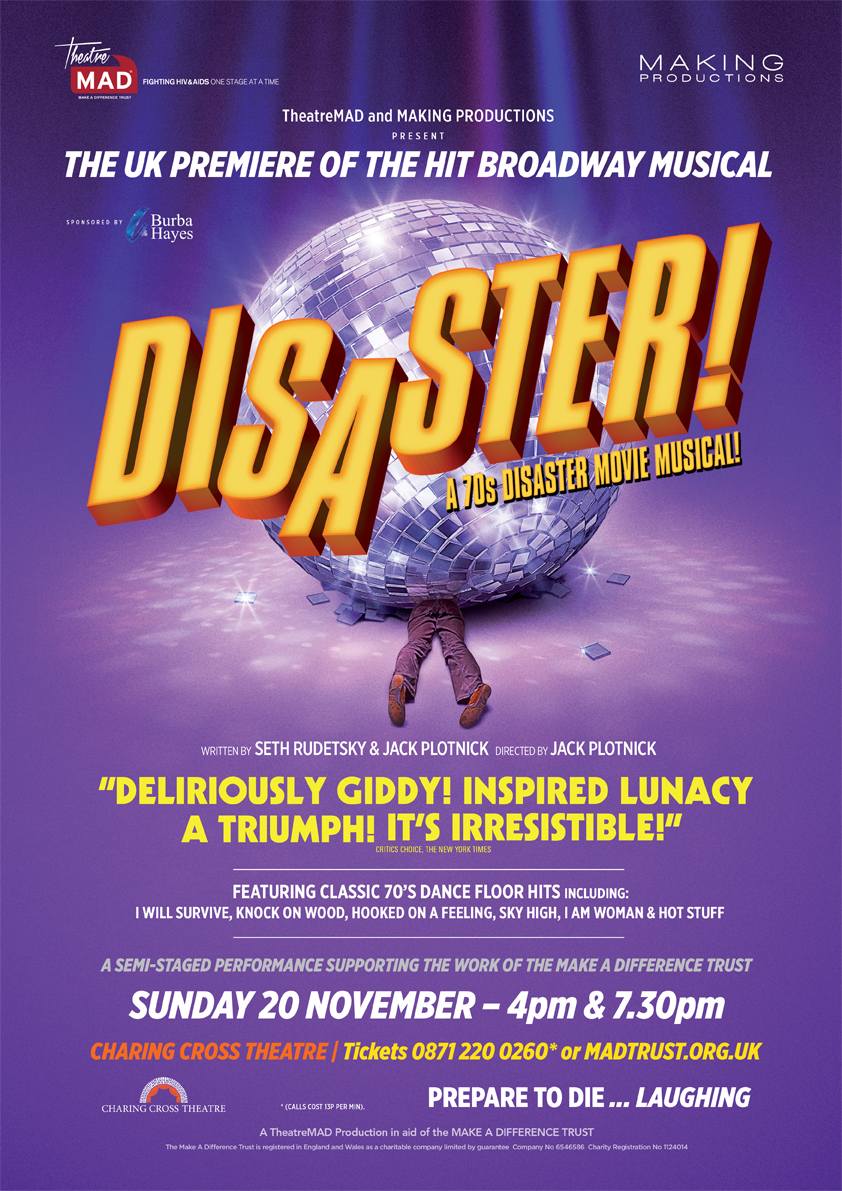 What a joy! Leaving behind the doom and gloom of a storm driven November evening, London’s Charing Cross Theatre played host to its ‘partially staged Gala performance’ of Seth Rudetsky and Jack Plotnick’s Disaster, a spoof which has enjoyed Broadway success and has traveled over the pond to make its debut performance here in London. The recommendation was that the audience should ‘prepare to die laughing’ and indeed laughter rang out loudly in this small but intimate venue.

I don’t normally make proclamations about musicals I’m reviewing before the review has been filed. But safe to say that Disaster!, a loving spoof of both 1970s disaster movies and jukebox musicals that shoehorn songs into the most barely appropriate of places, is a winner. Such a shame that there’s only one more charity performance in aid of the MAD Trust to go this evening. I’m sure a canny producer will snap it up for the longer run it deserves.

Rehearsals for the musical comedy spoof DISASTER! are underway in London and we are pleased to bring you this great set of images from Jamie Scott Smith.

DISASTER! the 2016 Broadway musical that spoofs star-studded1970s jeopardy movies like The Poseidon Adventure, Earthquake and Airport, will premiere at Charing Cross Theatre for two glittering gala concert charity performances to raise funds for The Make a Difference Trust on Sunday 20 November.

It’s 1979 and New York’s hottest A-listers are lining up for the opening of a floating casino and discotheque. But what begins as a night of boogie fever quickly changes to panic as the ship succumbs to multiple disasters, such as earthquakes, tidal waves and infernos. As the night turns into day, everyone struggles to survive and, quite possibly, repair the love they’ve lost…or at least escape the killer rats! Set in the wildest decade ever, DISASTER! is packed with unforgettable 70s dance floor hits including “I Will Survive”, “Knock On Wood,” “Hooked On A Feeling,” “Sky High,” “I Am Woman” and “Hot Stuff”.

I just wish there were more stars to award a show. This is worth at least seven and a half. It was only on for two performances and though the director gave them all scripts to read from, the actors – mostly West End feature players – insisted on learning the roles and performing them with all props and costumes etc. The stage staff also joined in, doing the lighting, the costumes etc all for nothing.
This was a charity show in aid of MAD – Make a Difference and it is mostly to raise funds for victims of Aids or HIV so it was a good cause, but it was not only the cause that made the actors and staff so keen to work on the show. It is because it is simply bloody brilliant.
It is a spoof on disaster movies and it is hysterically funny from beginning to end. The cast is amazing. They play it as if they have been properly rehearsed, choreographed and directed for weeks. Certainly they have been rehearsing, but Sunday afternoon was the first time thay had actually done it together.

Most especially Jennifer Simard who plays the – nearly guitar playing – nun called Sister throughout. Sister is not only obsessed with gambling but so madly in love with a one armed bandits that she embraces them like a lover. She played the role on the Broadway version and made the trip over here just to perform it again.

Simon Lipkin who is pratically Mr West End these days plays the ridiculous nasty villain, especially funny when approached by a blind girl, and pretends not to see her. She has been blinded by the Earthquake, only one of the manhy disasters that befall this helpless cast. They start on a Shipboard Casino and encounter Shipwreck, Volcano, Earthquake, tidal wave, Piranha fish and sharks. It’s a wonder any of them survive – well most of them do. Sally Ann Triplett plays Shirley a woman who is dying of some unknown disease that produces crazy physical symptoms one by one. She eventually expires doing a mad tap dance in order to save the hero and heroine from a tidal wave – but how can a tap dance…? don’t ask!

When I first saw Seth doing his Deconstructing Broadway show I thought maybe we just had the same sense of humour. Judging from the audience response to DISASTER, everyone has the same funny bone.

I – and all the other people who witnessed these shows hope desperately that it will be restaged here at our dear little Charing Cross Theatre which fits it so admirably. 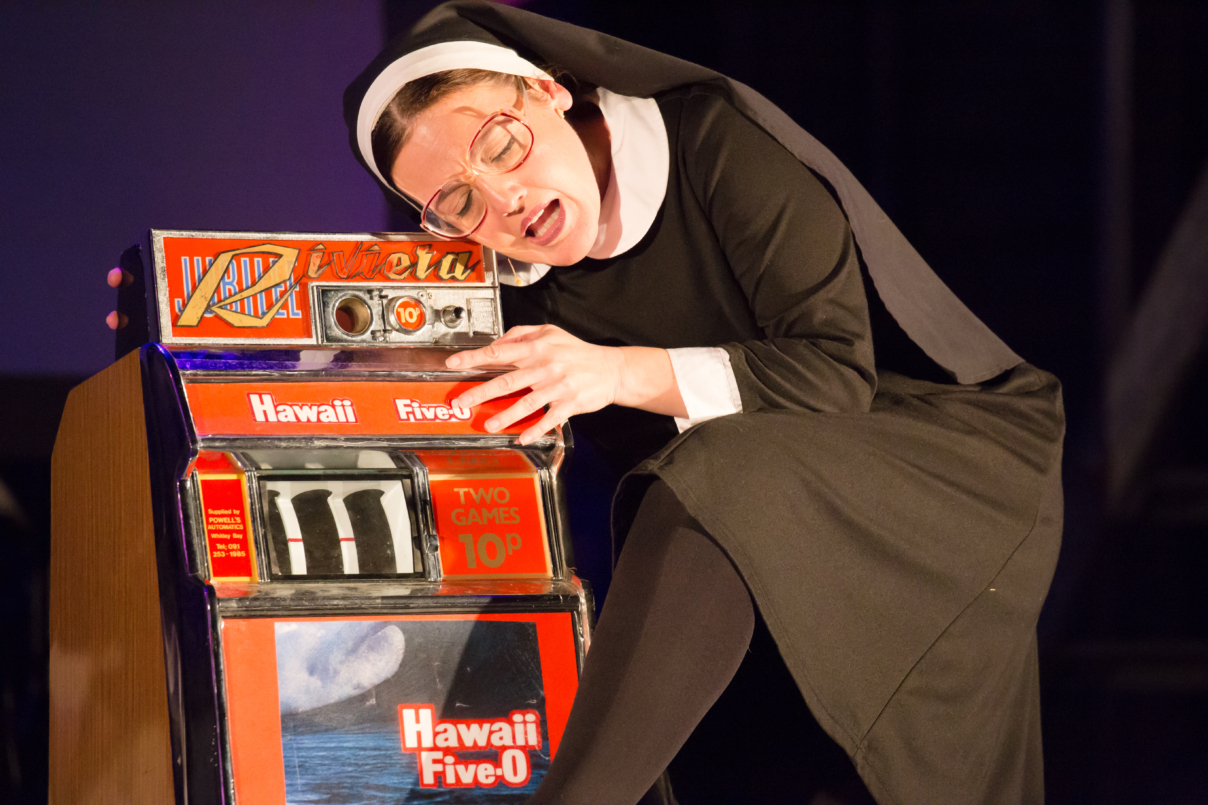 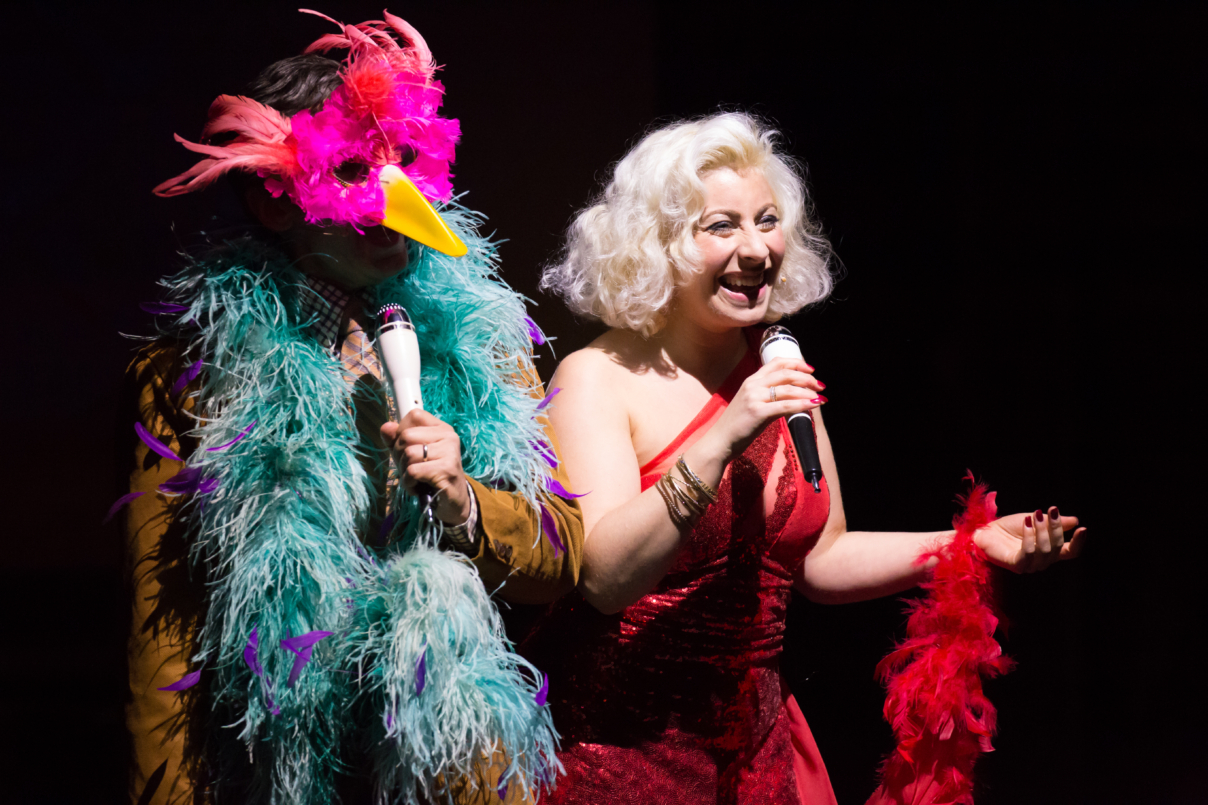 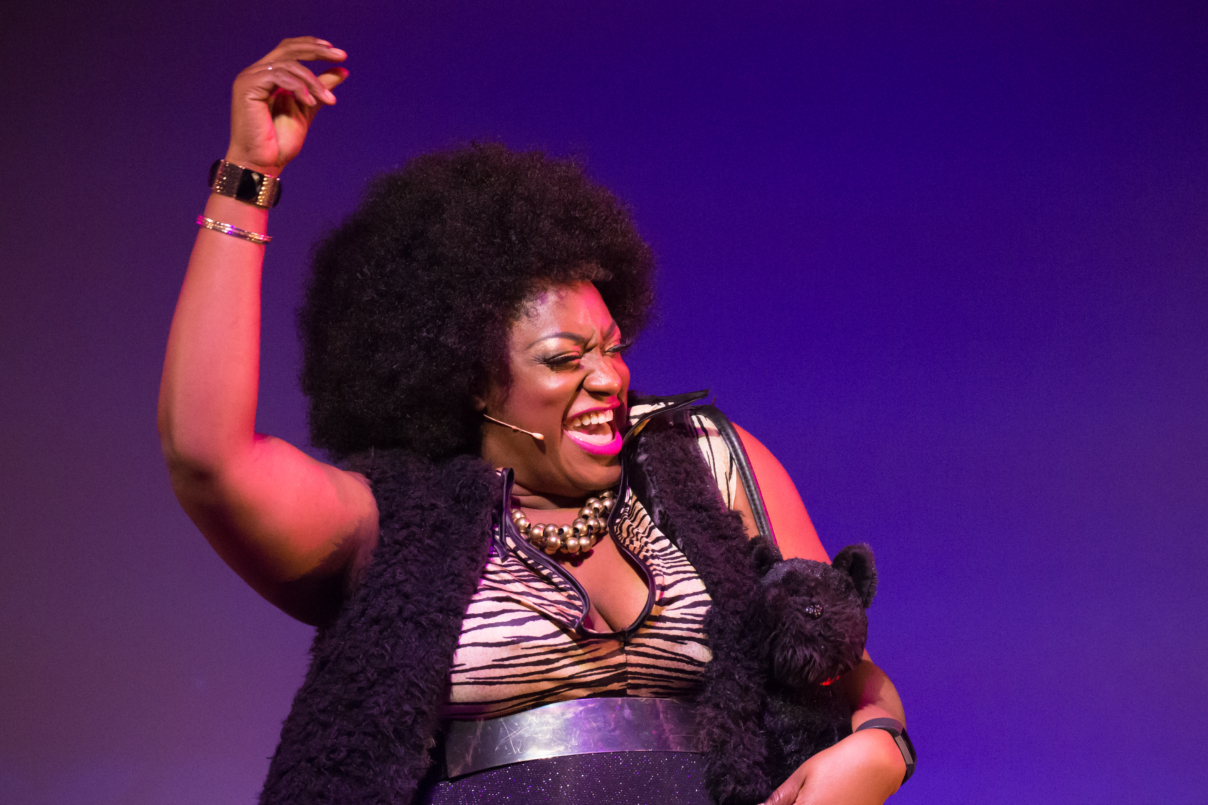 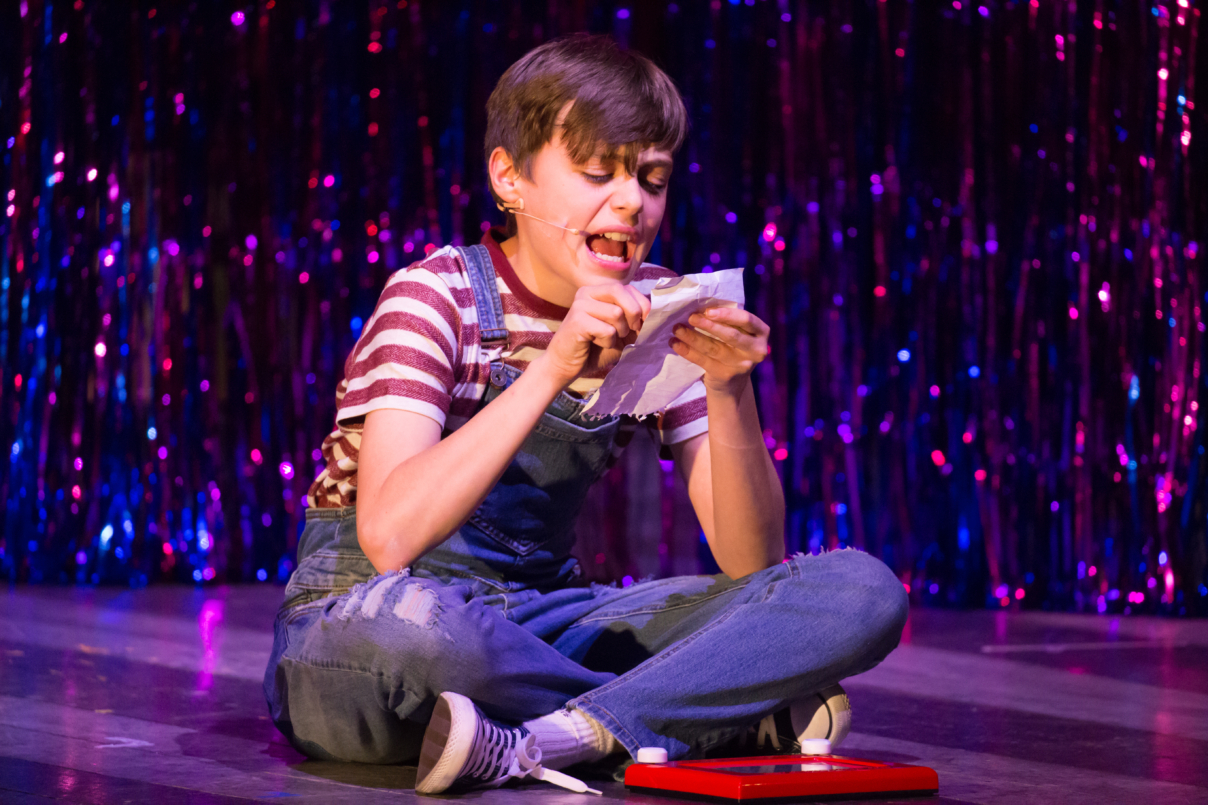 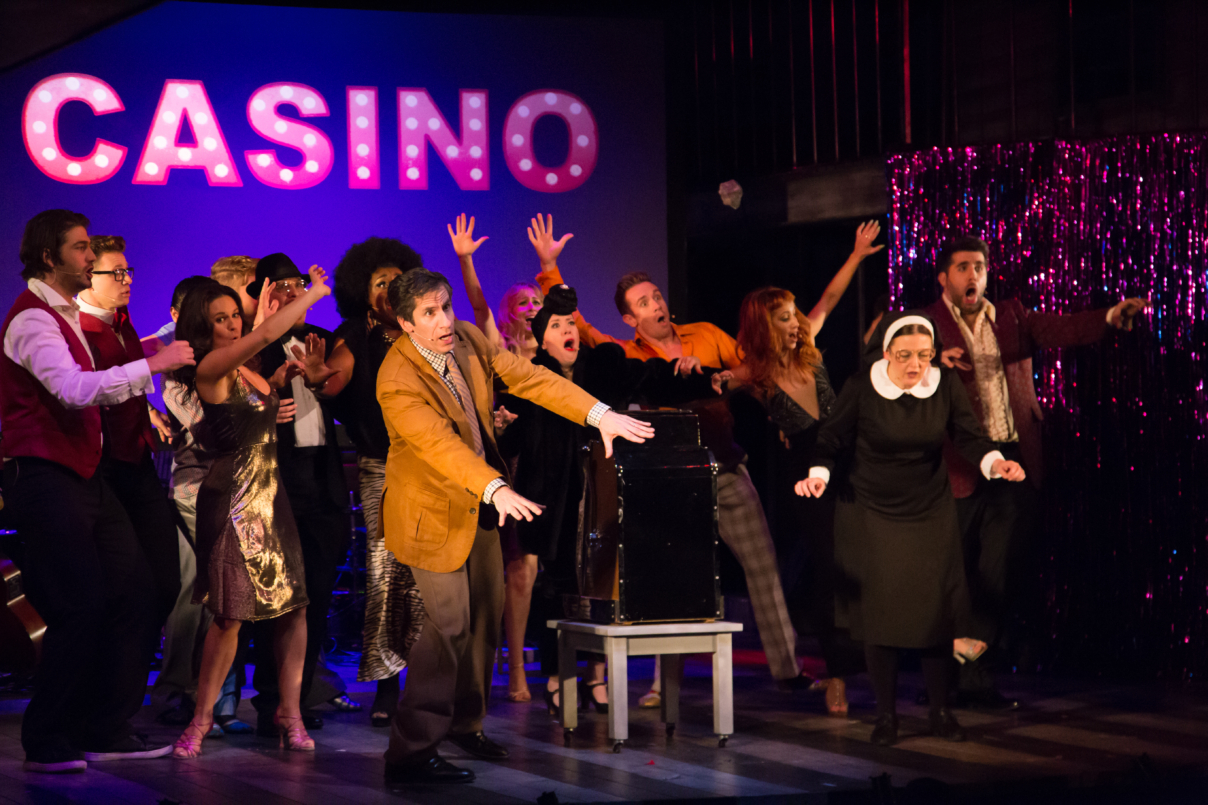 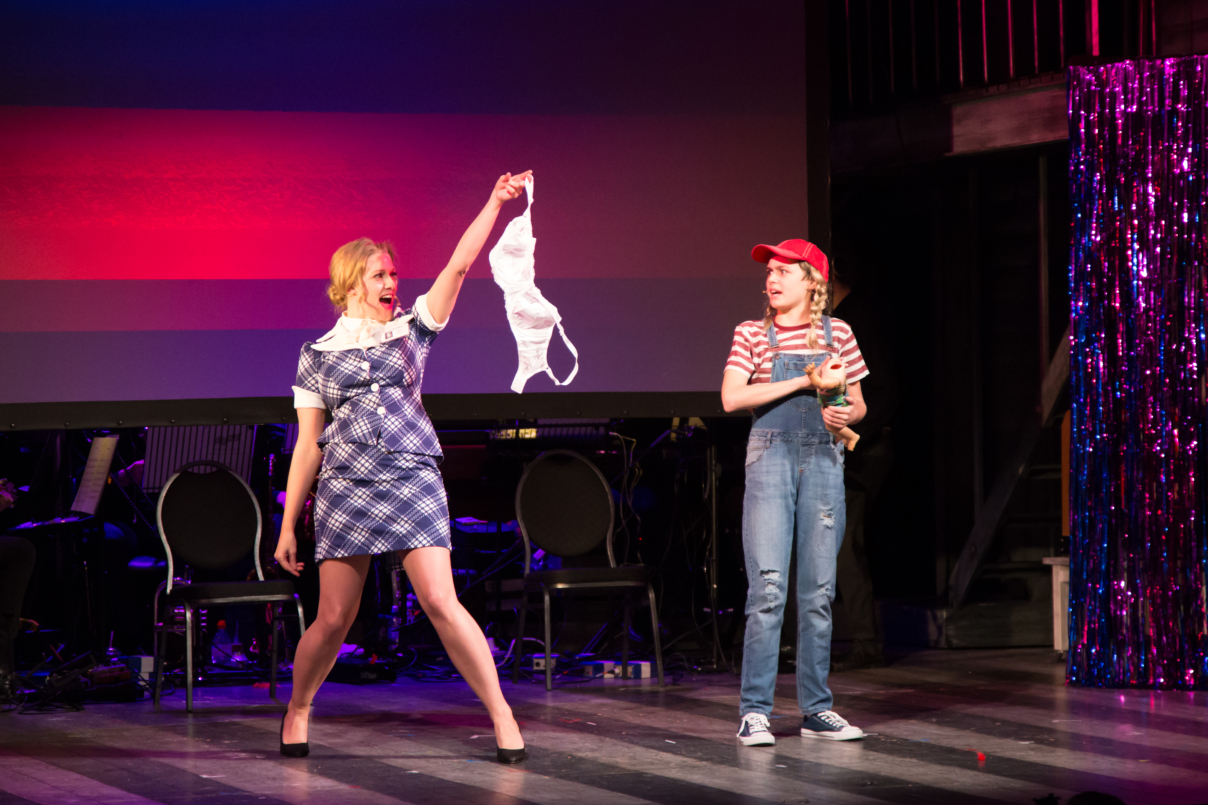 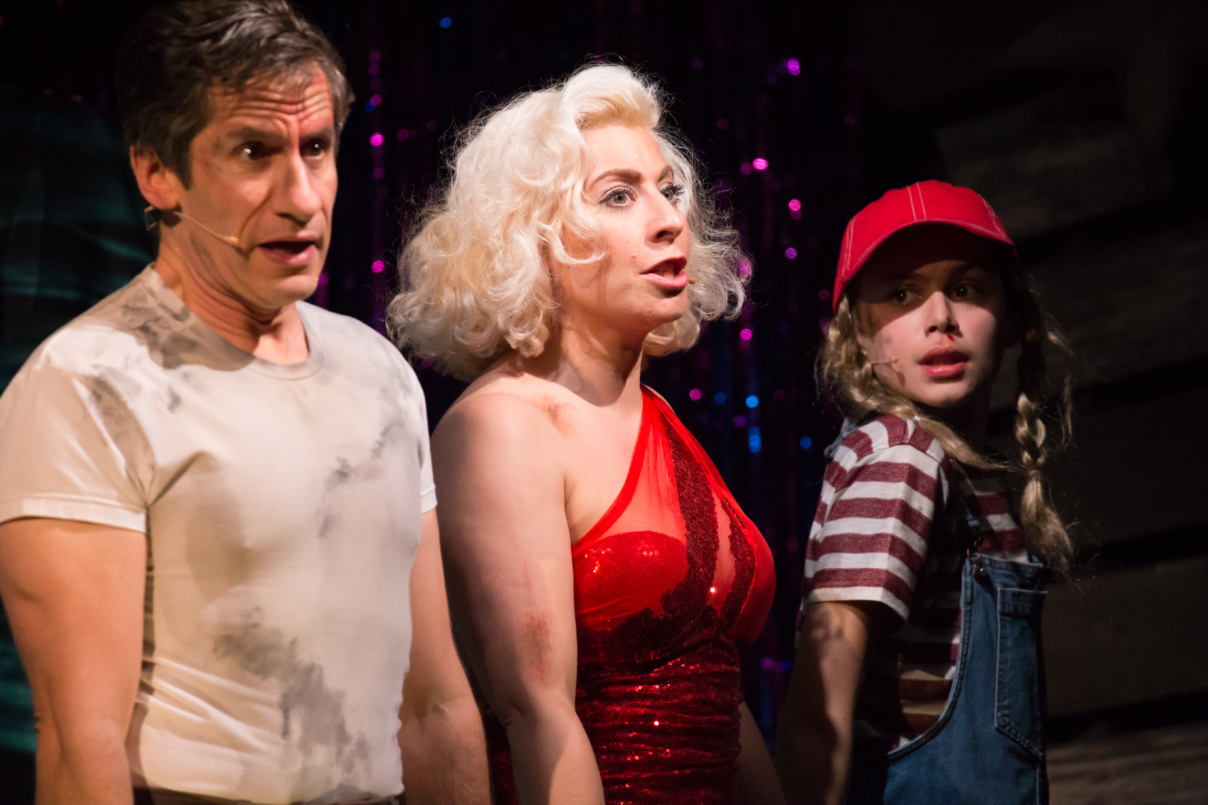 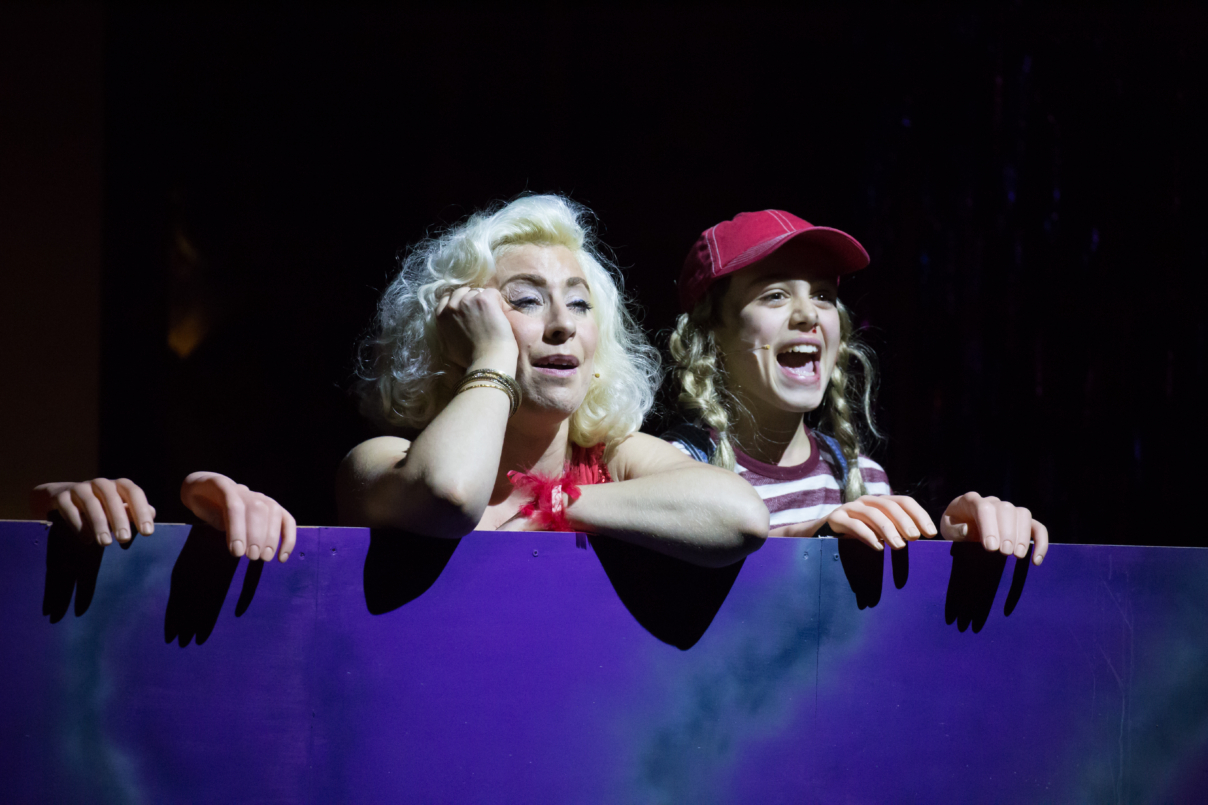 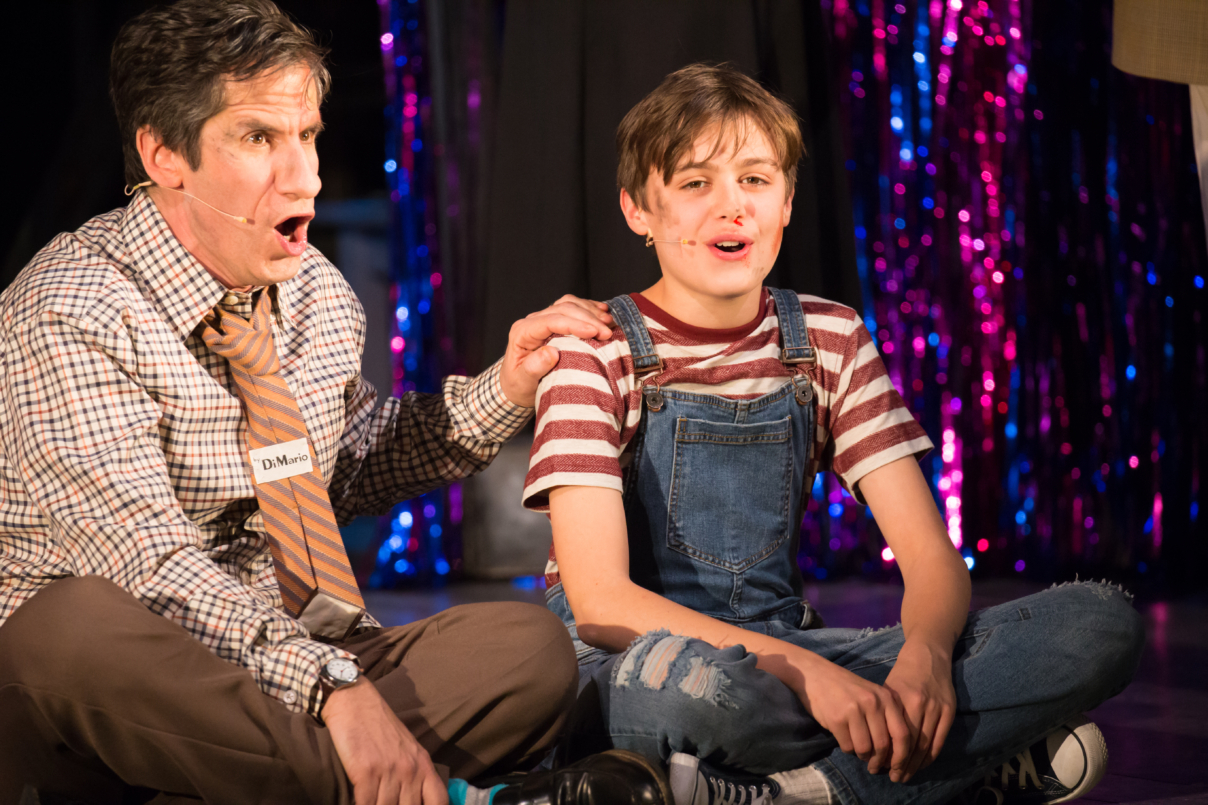 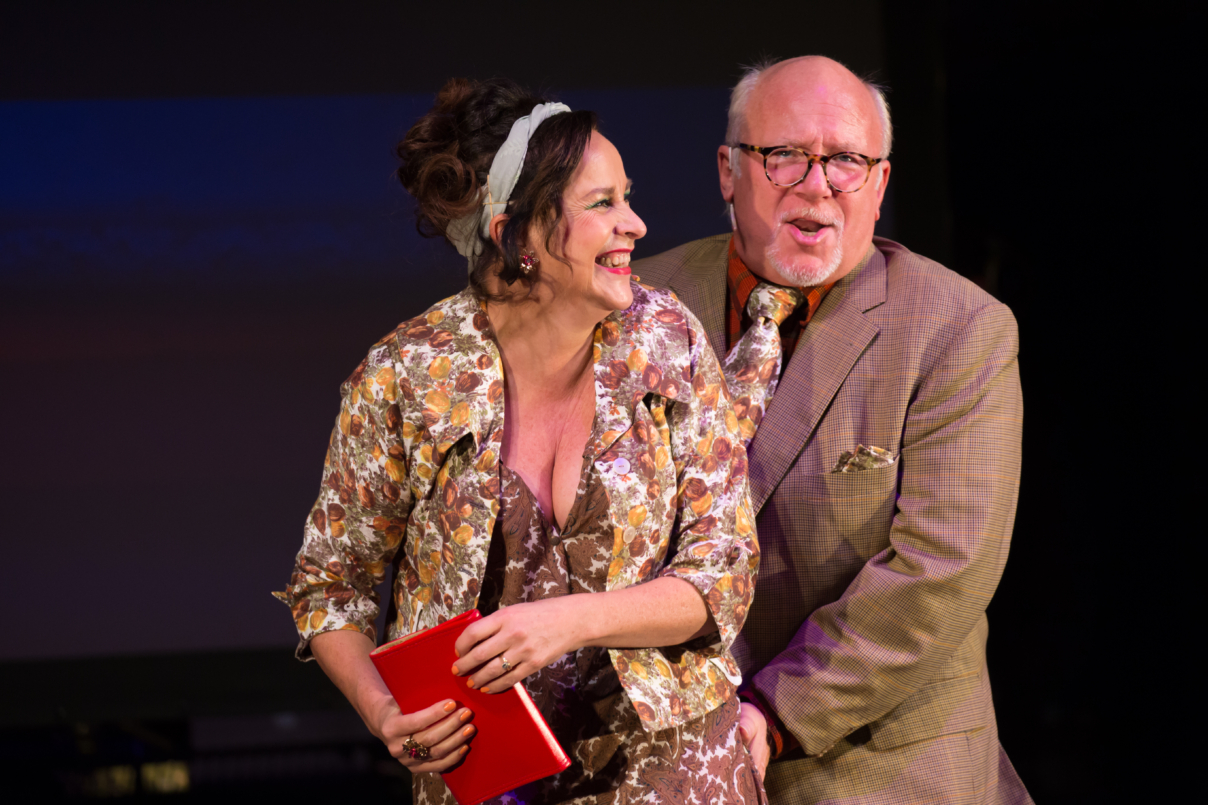 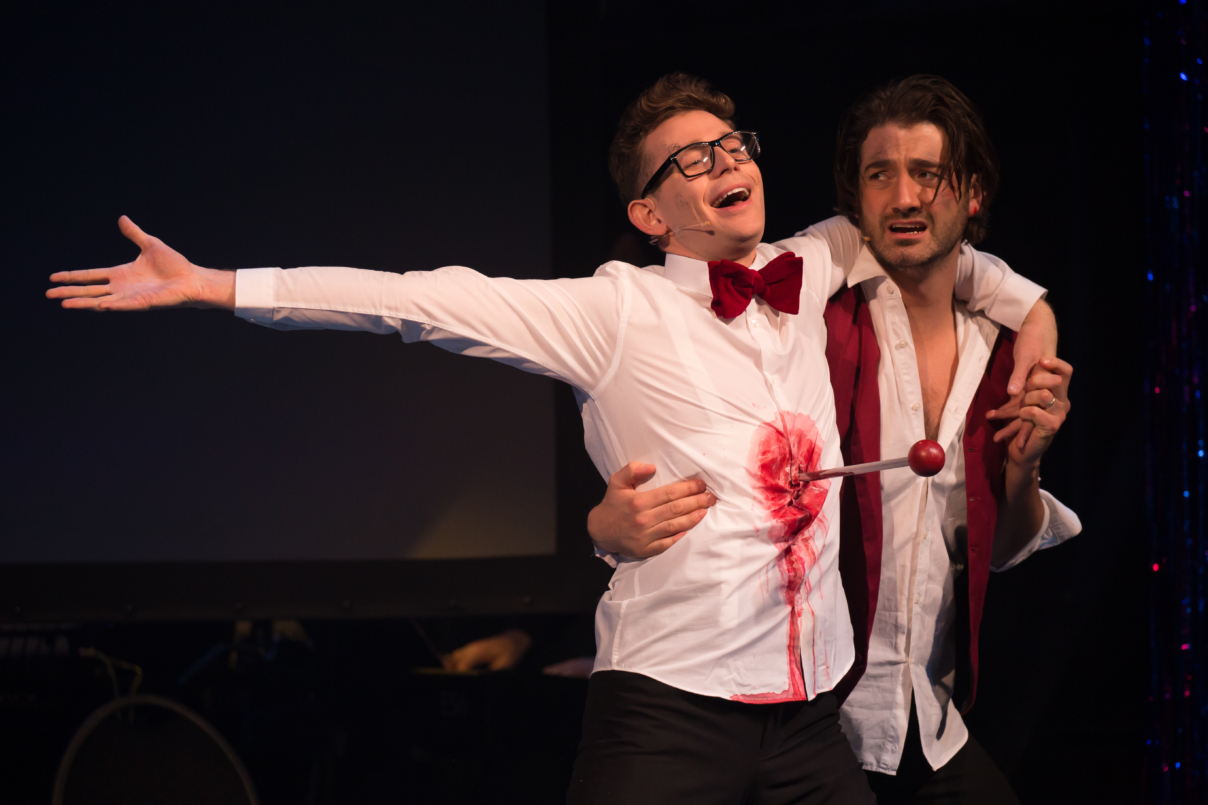 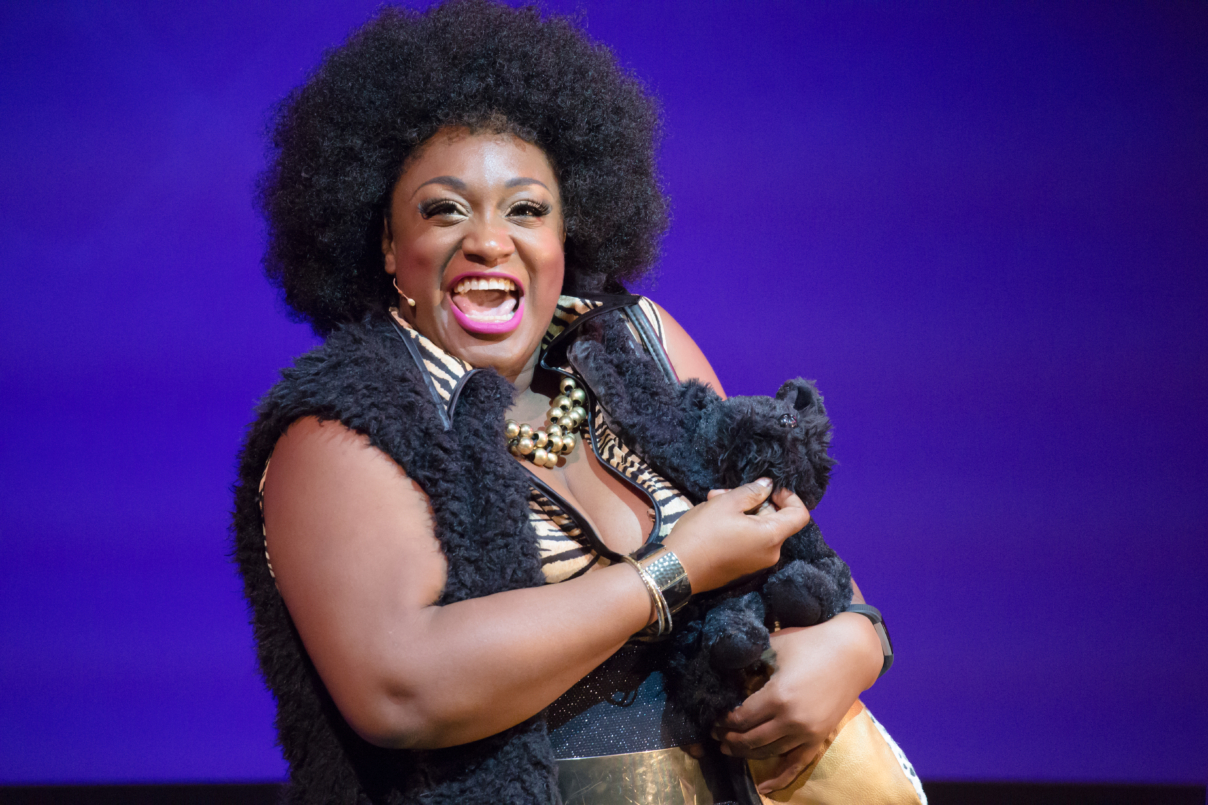 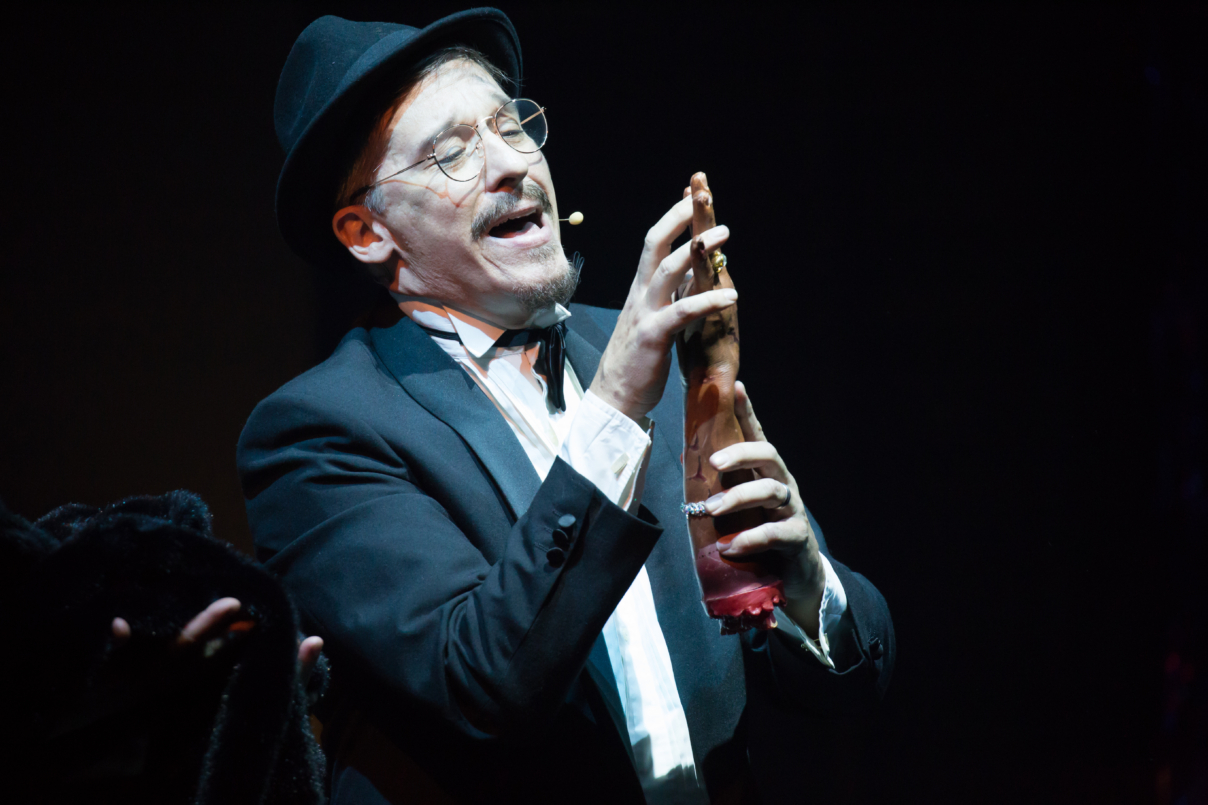 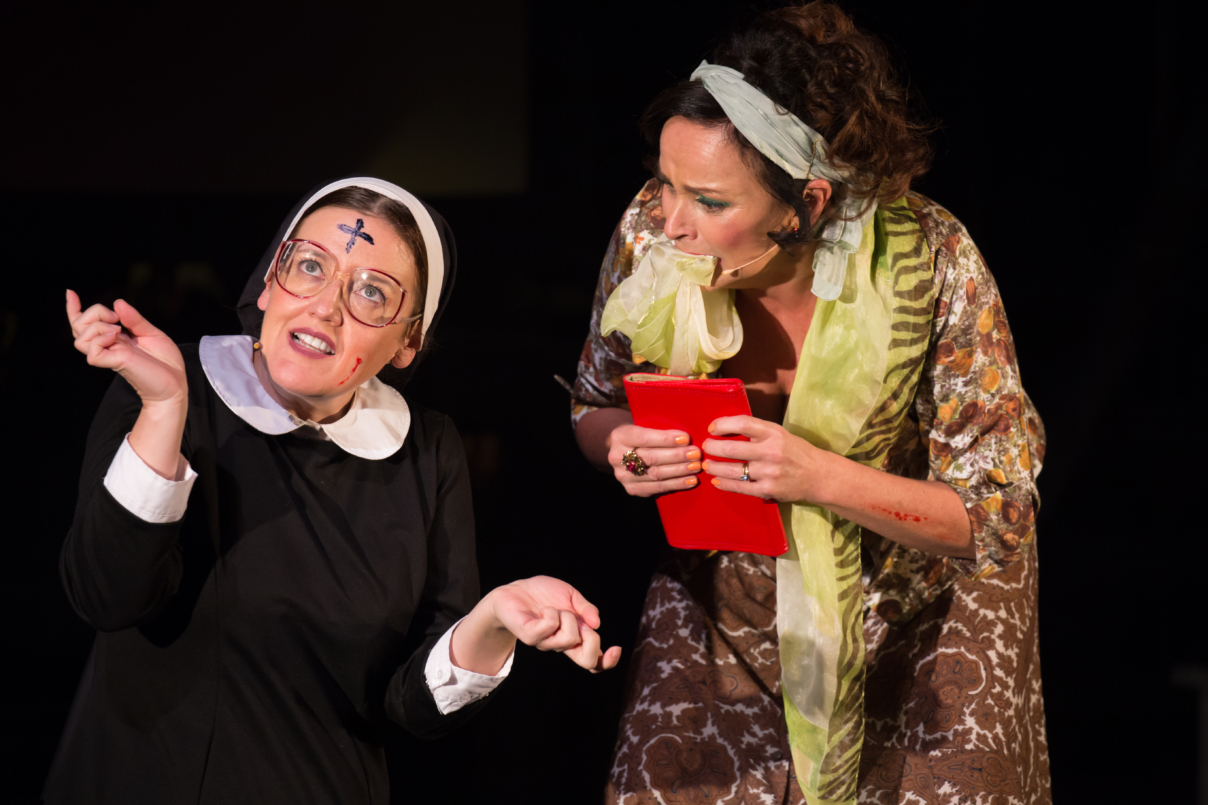 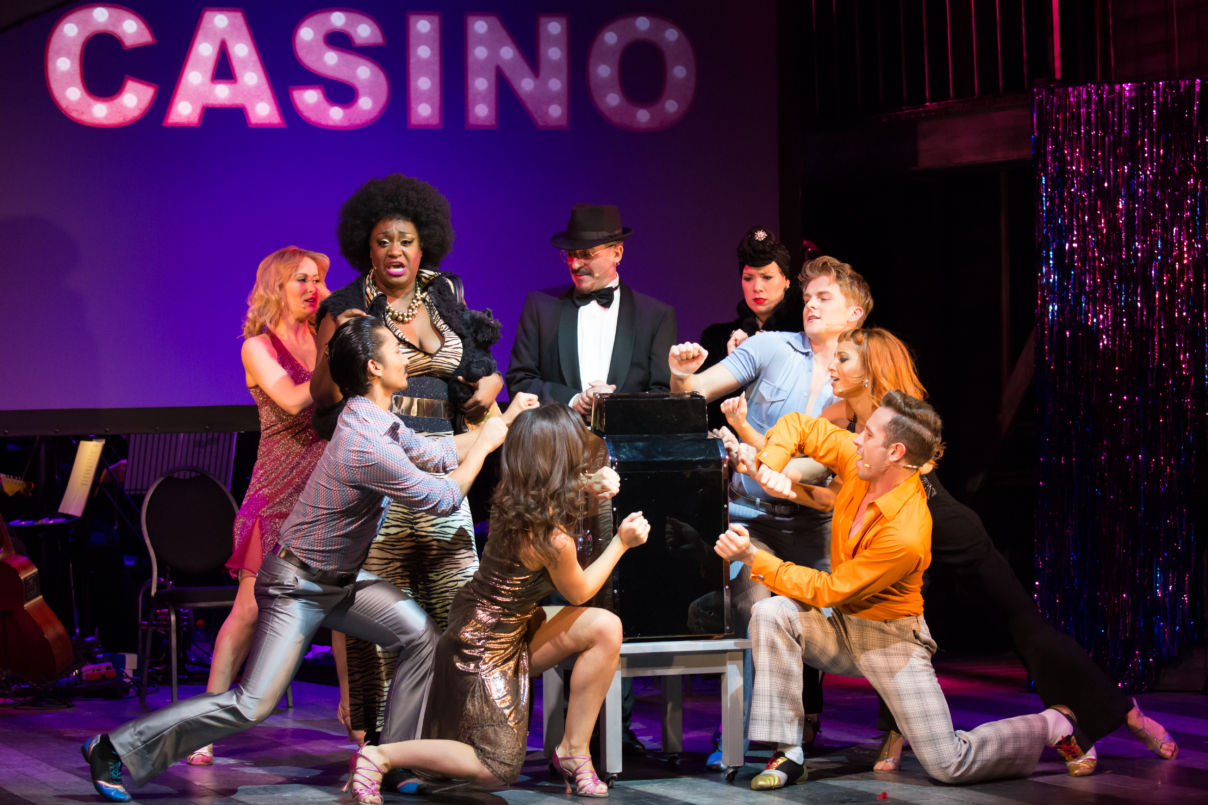