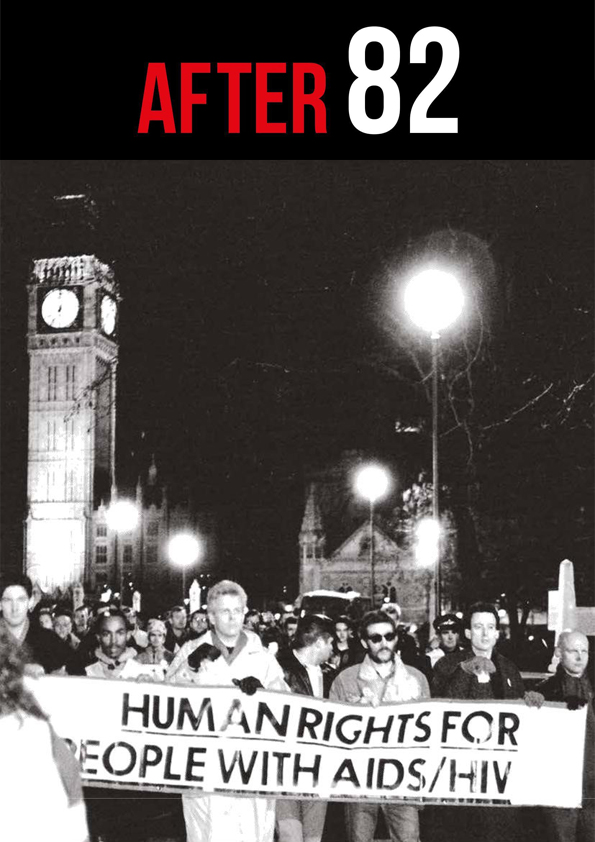 This is MUST-SEE for everyone in, or interested in, the LGBTQ+ community and it is now downloadable from the following places:

There was a special screening  at Curzon Soho on 20 June 2019 in aid of The Make A Difference Trust:

What would you do if a deadly virus wiped out your circle of friends literally overnight? This is the situation that faced the gay community in the UK in the early 1980s.

Young gay men who were living their lives were confronted with death and bigotry side by side. This is their stories told by the first generation of HIV survivors.

Five years in the making, Directors and Producers Ben Lord and Steve Keeble bring together on screen personal stories told from the heart of a community that witnessed devastation, on a daily basis as they watched their lovers, friends and family die one by one.

This is their story and what happened after ’82. 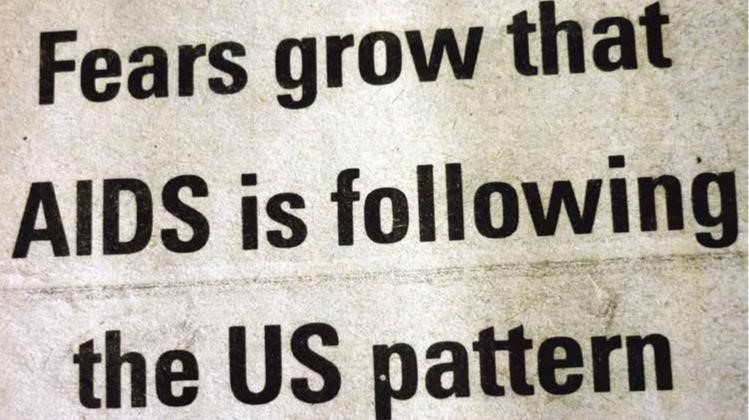 Q&A WITH THE FILM-MAKERS

What was the basic idea behind After 82?
Ben: Steve and I decided to make a film about HIV. Initially After 82 started out as short film in which a friend of my father agreed to talk about his experiences of living with HIV.

What made you want to tell this story?
Steve: I lived through the 1980s as young gay man and saw many friends die from the virus. I lived through the fear of the possibility of becoming infected and the bigotry the gay community faced from society and the media. Over the years I pushed the horror of what I went through to the back of mind until I started working on the film. It was only through the process of making this film that I realised how much I was affected by the whole experience of the AIDS pandemic.

What did you find out during the making of After 82?
Ben: I grew up as a child in the 1980s and I was aware of HIV/AIDS from a distance. I was never told about it during sex education at school. It was only later on when I started going out on the gay scene that the older generation of gay men told me to protect myself against HIV. When I started work on the project I did not realise how much of the history of AIDS pandemic was hidden from view. I did not know about the stories of young gay men dying in bedsits, people living with the virus being chucked out of their homes and people going to funerals practically every week for lovers, friends and family. This history of my community was never told to me in my younger years (or even later years) and I wouldn’t have found out had I not worked on this film.

How did the project actually come together?
Steve: I think both Ben and I are coming from different perspectives working on this project. For me it is to acknowledge my history and for Ben it is to learn about the history of the LGBT community. Importantly both Ben and I agree that the history of the HIV/AIDS pandemic in the UK needs to be recognised in much wider detail through schools and across all sections of society.

How did the project actually come together?
Ben: We never expected the project to get this big and receive so much interest. The interest has come from everyone, in particular the heterosexual community. The experience of HIV/AIDS has affected many people – with some people being public about their experiences, while others kept quiet about it for many reasons. Somehow though, those who kept quiet wanted to unburden their pain and grief, share it with us on camera. What has been very humbling is that this is the only time they have said they wanted to tell their personal stories. Never again will some of these people share their stories on camera. Thankfully, this moment of history – which was destined to be buried forever – is now ready to be told to generations to come.

This project has overtaken our lives and it has been very tough on so many levels. Some people have told us to give up this project because of the personal, emotional, physical and financial struggle we have faced. The film has taken over five years to complete and we cannot and will not give up on our project or the people who have shared their stories with us. We as community cannot forget the countless people who died, whose loved ones have gracefully shared their memories on camera. That is why this film needs to be seen and heard.

Did you find people willing to talk about their experiences?
Steve: We had been two months in pre-production when we started receiving emails and calls from people asking us, ‘have you spoken to so and so?’ People wanted to share their stories about their personal experiences of HIV/AIDS. It was like a hidden world had risen up and wanted to be heard.

Who have you interviewed?
Ben: We have been lucky enough to interview Lord Norman Fowler who was part of the Conservative Government under Margaret Thatcher’s premiership. He raised awareness of HIV/AIDS and fought many battles against bigotry in doing so. We have also interviewed many people who were diagnosed in the early 1980s and who are thankfully alive today to tell the world their story. We have been lucky enough to have Stephen Fry narrating the website for the film. It was real honour to work with him. The actor Dominic West is narrating the film and was introduced to us by Jonathan Blake (who was interviewed for our film), who funnily enough was played by Dominic West in the film Pride. We are really grateful to everyone who has given their stories and time to our project. 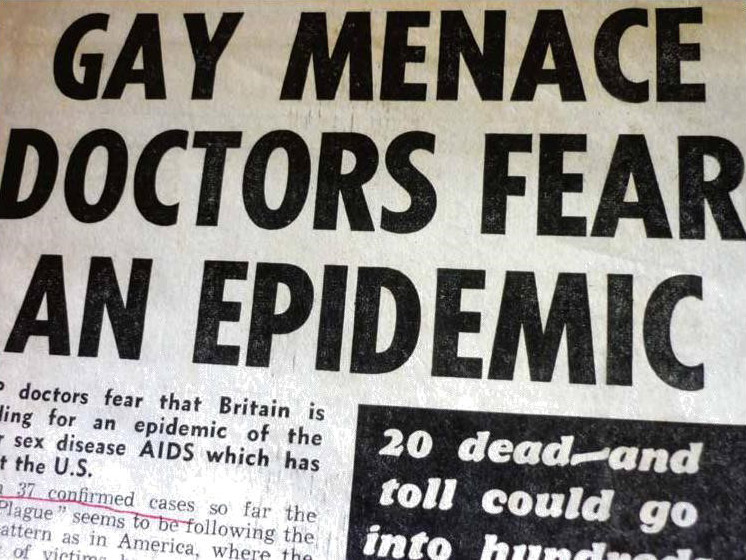 July 4th 2017 marks 35 years since the HIV/AIDS pandemic first became prominent in the UK following the death of Terry Higgins, one of the first people to die from an AIDS-related illness in the UK.

Five years in the making, After 82 looks back over these years using first-hand personal accounts from the people who were affected and those people and organisations that were, and still are, there to support them. What makes this documentary unique is that for many, this is the first time they have ever spoken publicly about what really happened. 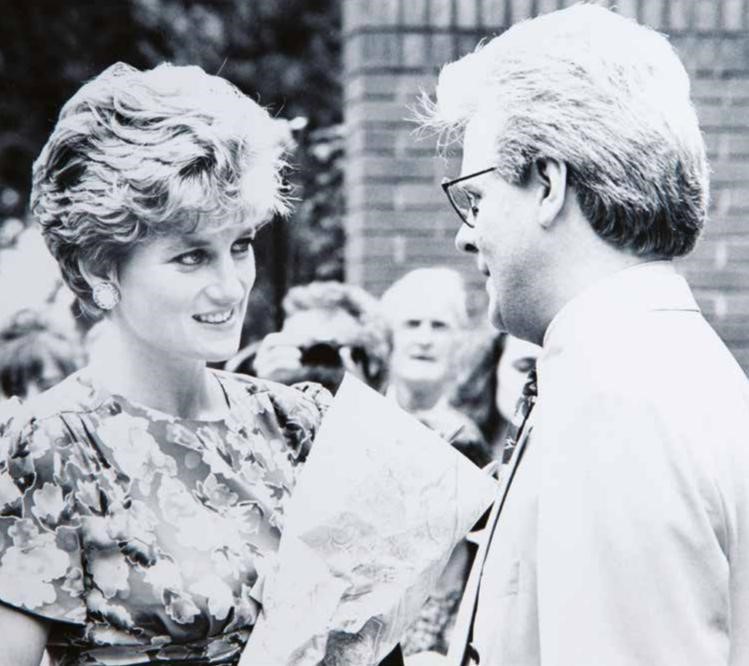 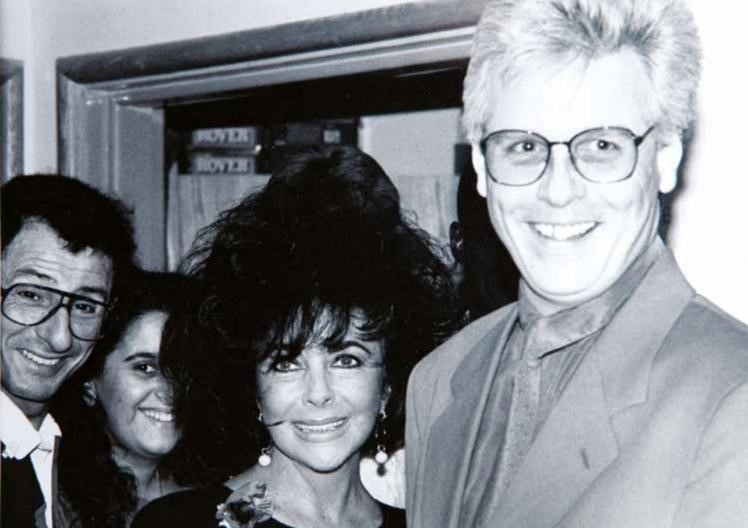 Dowload the After 82 Press Release – with lots more photos & info