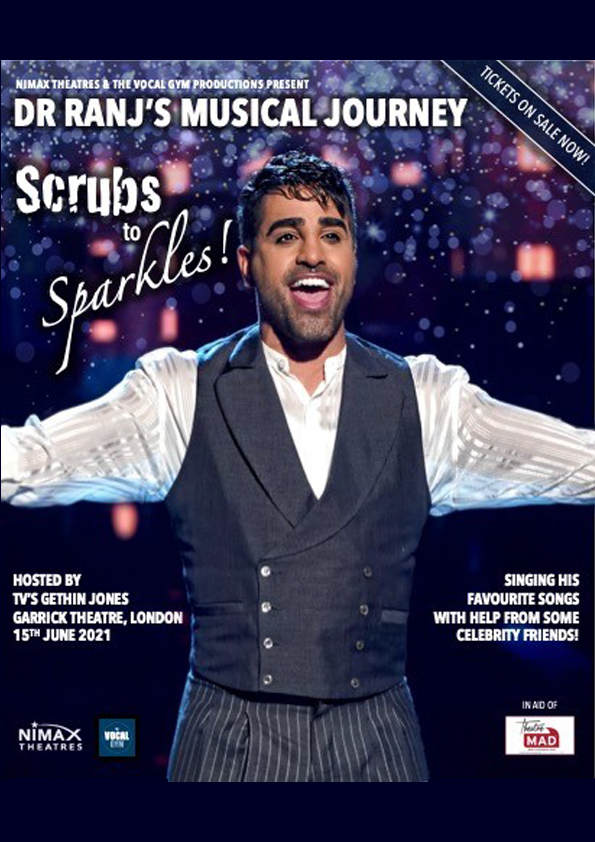 Dr Ranj is best known for being a NHS doctor and resident medic on ITV’s This Morning. Ranj is also a television presenter, best-selling author, columnist and now for one night only, a West End star!

Dr Ranj recently performed on ITV’s All Star Musicals and stunned the audiences and judges alike with his vocal prowess. Now he will tread the boards with his own show Scrubs to Sparkles, with special appearances from some celebrity friends. Names announced so far include: Janette Manrara (BBC Strictly Come Dancing), Faye Tozer (Steps) and Jenny Ryan (ITV The Chase) with more to come!

Scrubs to Sparkles will be presented by TV’s Gethin Jones (BBC Morning Live). It will feature stories from Ranj’s life punctuated by well-known songs, accompanied by a live on stage band. Expect a few surprise duets from some famous faces too! The night is in aid of the Make A Difference Trust theatre fund, supporting professionals in the theatre industry who have been impacted by the COVID pandemic.