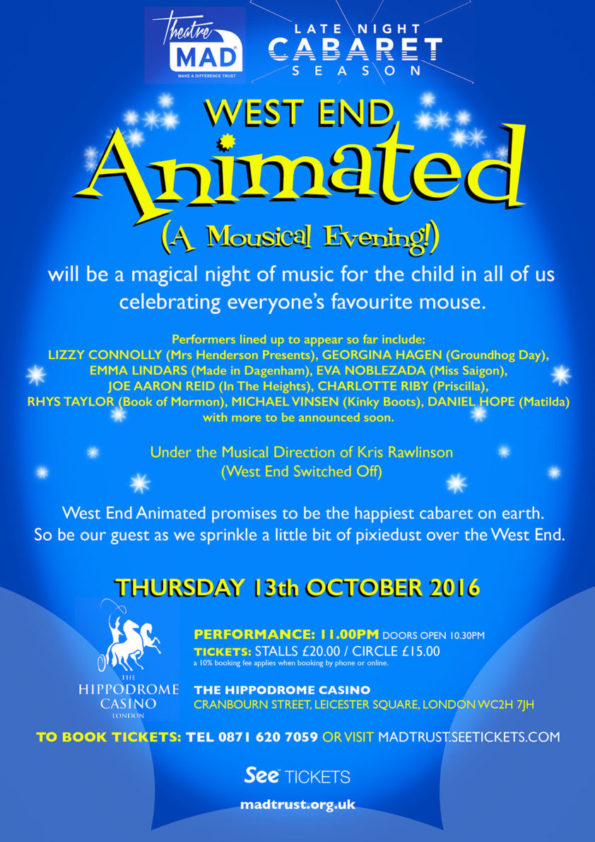 Further performers to be announced.

Under the Musical Direction of Kris Rawlinson (West End Switched Off) West End Animated promises to be the Happiest Cabaret on earth. So be our guest as we sprinkle a little bit of pixie dust over the West End.