The Make A Difference Trust 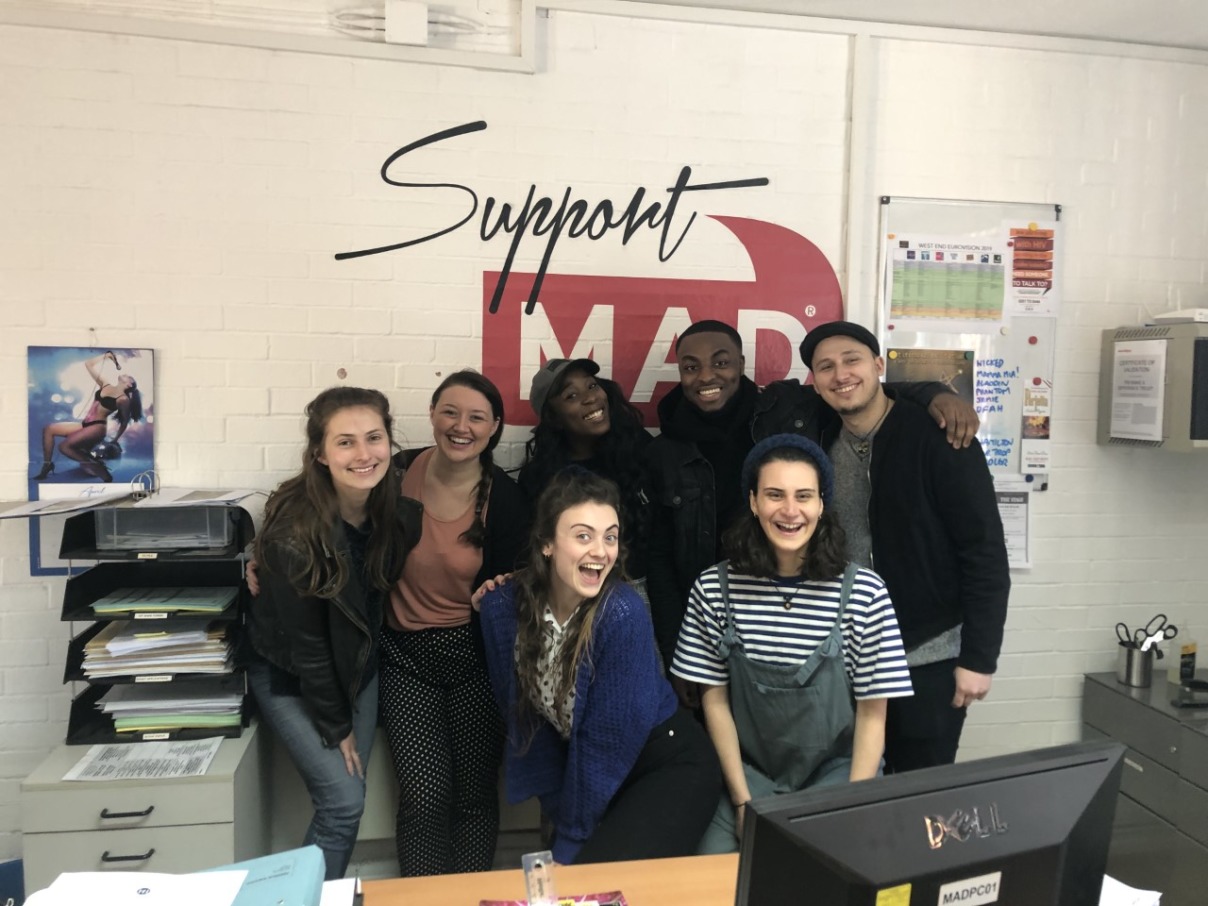 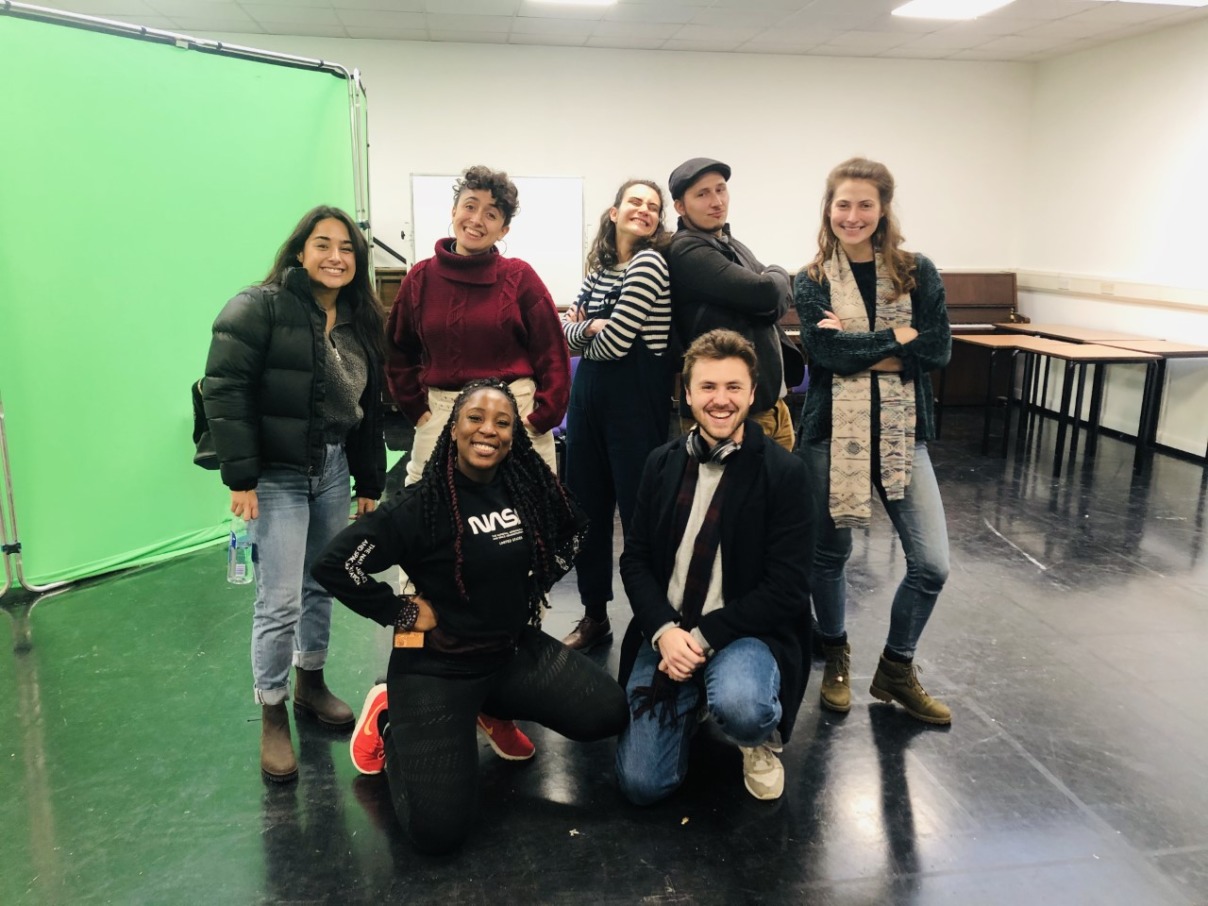 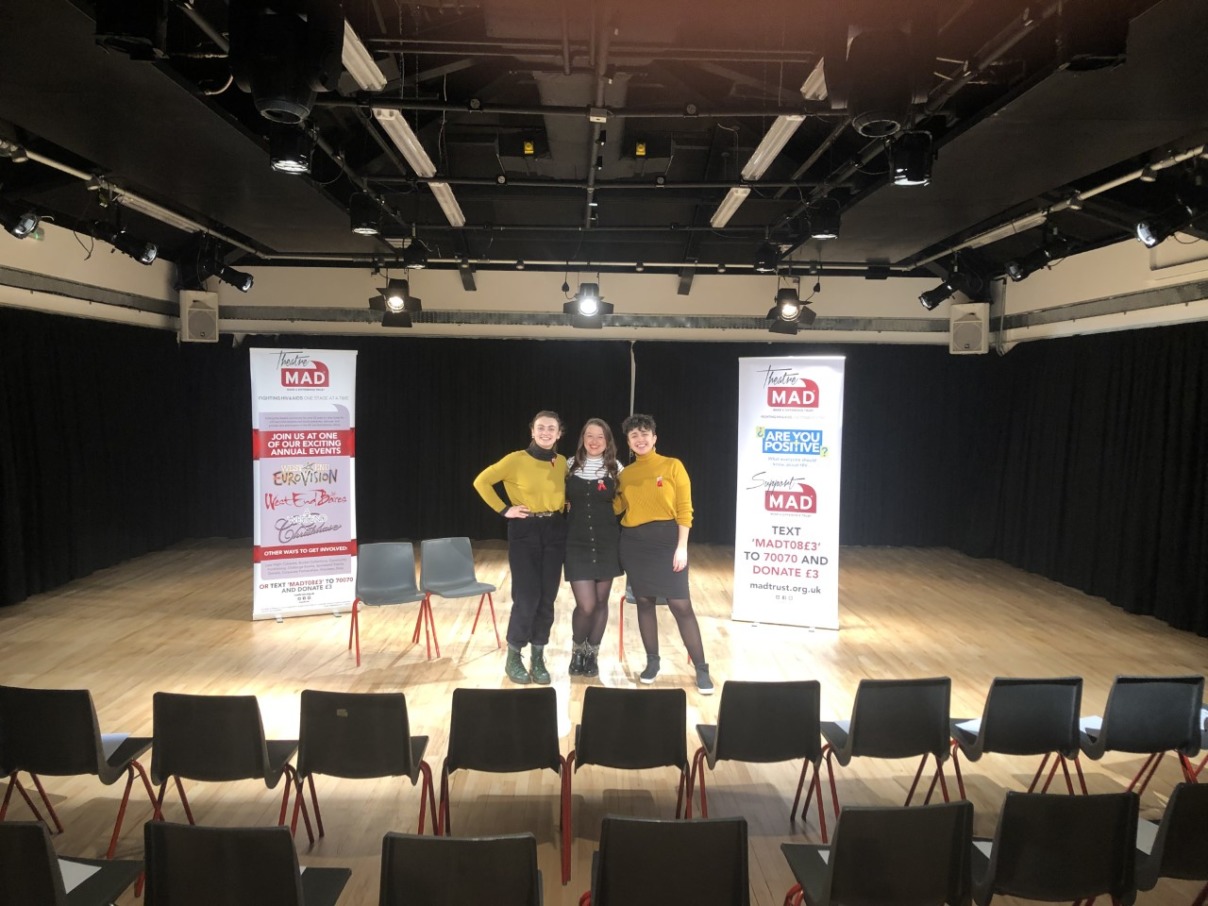 Are You Positive? is a 30-minute HIV and AIDS theatre in education play based on 3 true stories written and directed by LA based Professor Larry Heimgartner and is followed by an interactive Q & A designed for students and young people.

WHAT?
• Theatre in Education HIV awareness play that debunks myths, teaches the facts and challenges the stigma.
• The play has three actors who share their experience with HIV/AIDS as well as breaking down the facts and stats of what it means to be HIV positive in the UK today.
• All stories are true and come from interviews with people living with HIV.
• ‘Are you Positive?’ Covers sexual health, LGBTQ safe sex, and is always followed by a Q and A with the actors and facilitator.
• Q and A offers a safe space for the audience to ask any sexual health or HIV questions, it is also a great opportunity for theatre students to ask the cast questions in relation to Applied Theatre and working in the industry.

ARRANGE A PERFORMANCE AT YOUR SCHOOL, COLLEGE OR UNIVERSITY?
If you would like to arrange a performance of Are You Positive? at your school please use our Booking Enquiry Form at the bottom of the page. Or if you have any questions please email s.mackenzie@madtrust.org.uk  or contact the MAD Trust office on 0207 231 9719.

Before watching Are You Positive only 49% of students felt they could distinguish between HIV and AIDS – after the performance 92% felt they could.
1 in 5 people living with HIV are undiagnosed and unaware of their infection, if ever there was a time to accelerate our HIV prevention efforts… it is now.
“I know the learners gained a lot from the play. It gave them the opportunity to voice their own concerns and ask questions about sexual health which were answered informatively and effectively. The legacy the show leaves behind is a group of young adults who are more informed about the choices they make and where and how to get help”
Jane Andrew, Lecturer, Stockport College
“All the students thoroughly enjoyed the performance and the message definitely reached the audience. The Q&A at the end of the performance was very interesting and we know that a lot of the audience, and ourselves included, learnt a lot from that session. We look forward to making this a permanent event at our freshers events for the students of Central School of Speech and Drama.”
Amy Kemp- Student Union LGBTQ Officer at Central School of Speech and Drama.
“I believe that the performance material is essential for schools and colleges and indeed university and beyond. I would welcome them back again and again.”
Angela Speed, Rotherham College
“It was truly inspirational to see what people can do within this industry, the power it can have and the information it can bring. An essential for all theatre students.”
Zac-Theatre student London Metropolitan.
“It is vital that HIV is normalised and opportunities are created for people to learn about HIV.”
NAT (National AIDS Trust)

WHO?
• The Cast are a very fun group of professionally trained actors who all have a passion for making a difference through theatre. They are all DBS checked and have received HIV training.

• Sarah MacKenzie the producer and director of ‘Are you positive? has worked on the project for over ten years, originally performing the play in LA and Belize. She set up the UK cast with TheatreMAD leading the education programme providing performances for theatre students in London as well as numerous UK tours. As a theatre charity, The Make A Difference Trust want to give back to the theatre community. “I believe the best way to deliver this vital information to students is through the power of theatre, as theatre engages the audience emotionally and intellectually which can therefore bring about social change.” Sarah MacKenzie Project Leader.

WHO’S IT FOR?
• The play is aimed at students aged 14+ and has been performed throughout the UK at schools, colleges and Universities.
• London based Drama school and Performing Arts Uni students.

WHERE?
• The play was written by Larry Heimgartner an LA based writer and director and originally performed in LA . It has since toured internationally in Belize, Mexico city, Denmark and Zanzibar. Since 2012 TheatreMAD has delivered ‘Are you Positive?’ to thousands of theatre students in London and throughout the UK
• TheatreMAD are currently offering FREE performances to London theatre students in schools, universities and drama schools.
• The cast have completed several tours covering Newcastle, Manchester, Cornwall, Leeds, South Yorkshire, Leicester and Scotland.
• It can be performed in almost any setting, it is especially ideal for classrooms and black box theatre spaces.
• No set or props are used, only three chairs are required. Pens should be provided for/by the students for pre and post questionnaires.

WHEN?
• ‘Are you Positive?’ is currently taking bookings London based drama schools, Uni’s, colleges and schools. If you would like to book a free performance for please fill out the attached booking form or contact s.mackenzie@madtrust.org.uk

WHY?
• From September 2020 sex education including HIV/AIDS sexual health will be compulsory in all UK schools and secondary schools.
• ‘Are you Positive?’ helps tackle the HIV issue in the theatre industry by educating future artists about testing and using PrEP and PEP.
• Increases their knowledge and awareness of HIV and AIDS, how it is contracted, how to prevent it and clarify any myths around the disease.
• Challenges the stigma associated with HIV and AIDS.
• Provides knowledge of local sexual health services including GUM clinics, HIV testing and access to contraception.
• Understand how to talk to a partner about contraception and sexual health.

LARRY HEIMGARTNER – Director & Playwright
Professor Larry W Heimgartner is an LA based writer, director and drama professor. He has retired from teaching but continues to write, direct and produce. Over the course of his tenure at LA Harbour College he has written, produced and directed many original theatrical productions, including the one man show Abraham Lincoln, the Broadway musical Grab the Ring: a musical adaptation of Alice in Wonderland; and Bigger Than Bubblegum, a musical portrayal of the life and times of the 1970’s pop group The Emotions. In 1981 he was recognised as outstanding teacher by his peers and the community of LA, by the 1990’s he had won outstanding teacher at national level.
The ‘Our World’ project is a series of awareness plays, which include Are You Positive?, they have been performed all over the world including, over 15 states in America, Belize, Denmark, UK and East Africa. In a recent tour in Zanzibar the ministry of education gave a grant to educators to translate Are You Positive? to Swahili to enable them to tour the play to local villages.

SPONSOR THE PROJECT?
MAD Trust funds the Project through donations and its fundraising events and initiatives.  If you would like to discuss corporate sponsorship of the Are You Positive? Project, please contact the MAD Trust office on 0207 231 9719 or email s.mackenzie@madtrust.org.uk 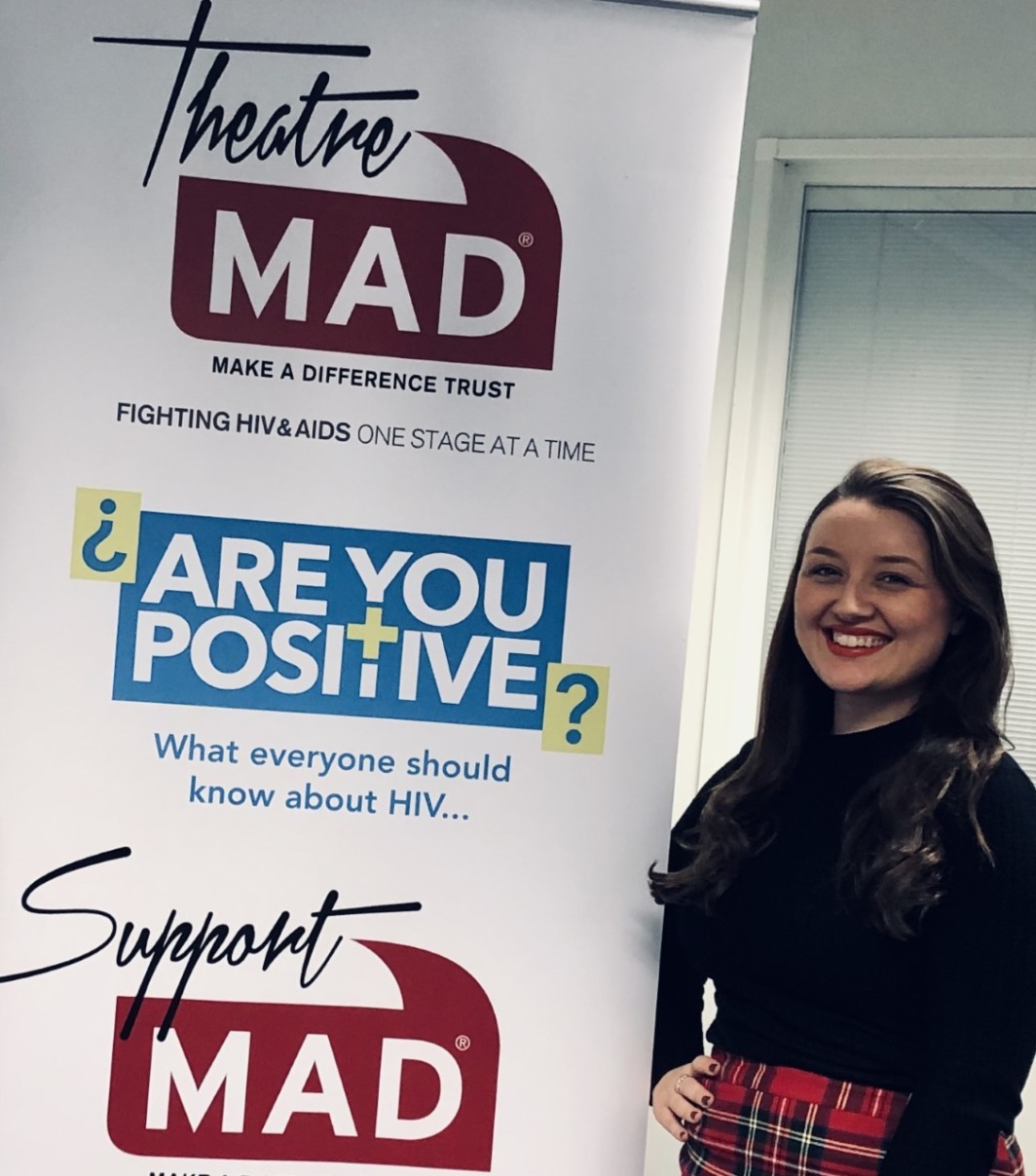 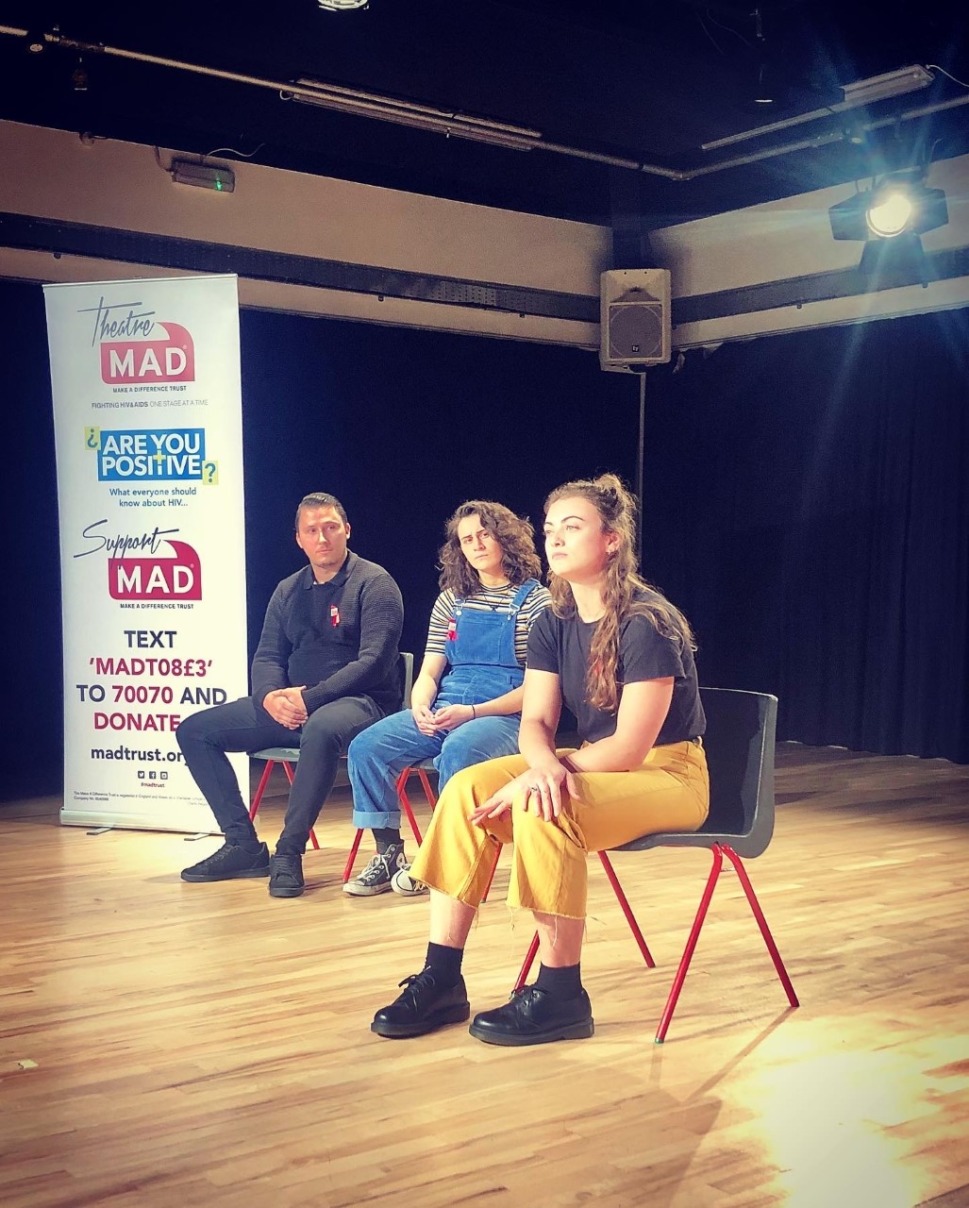 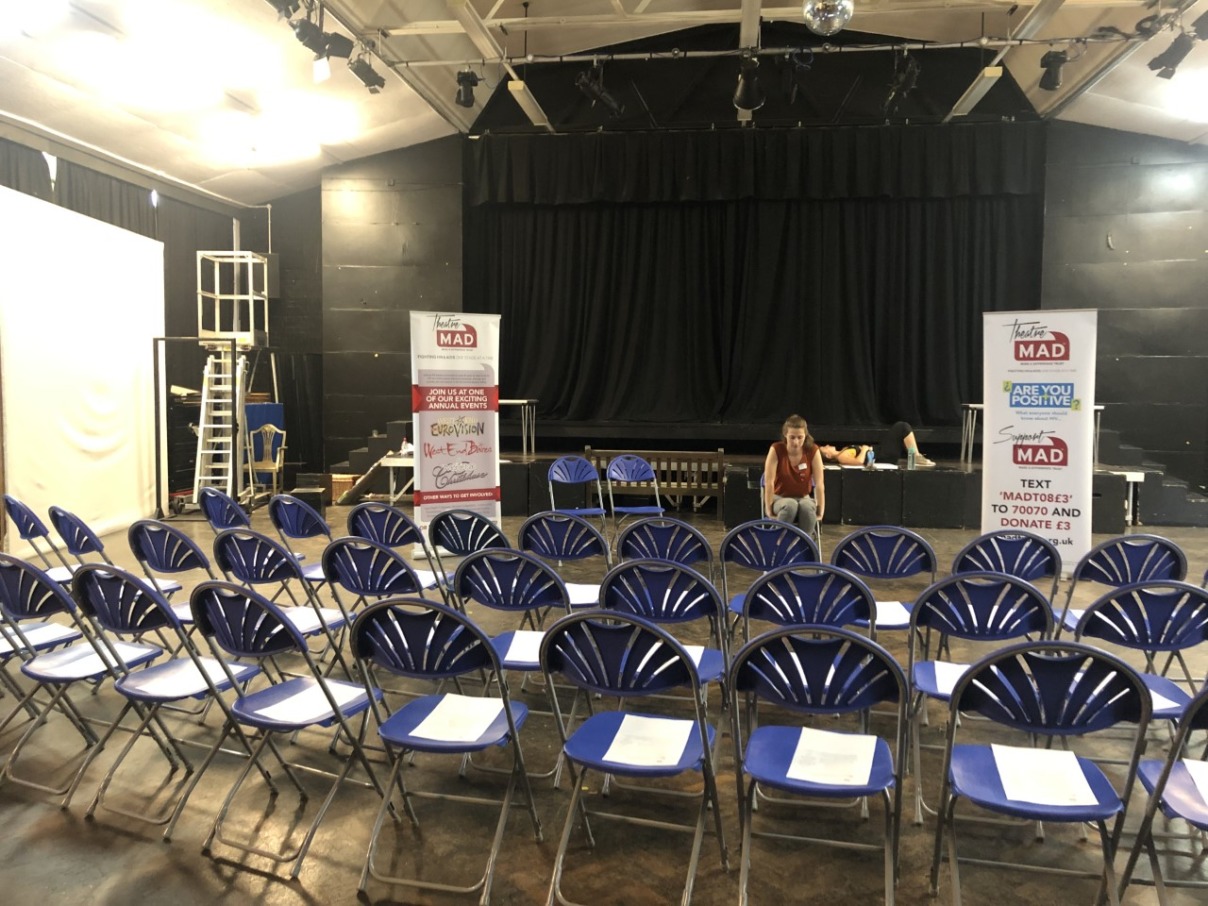 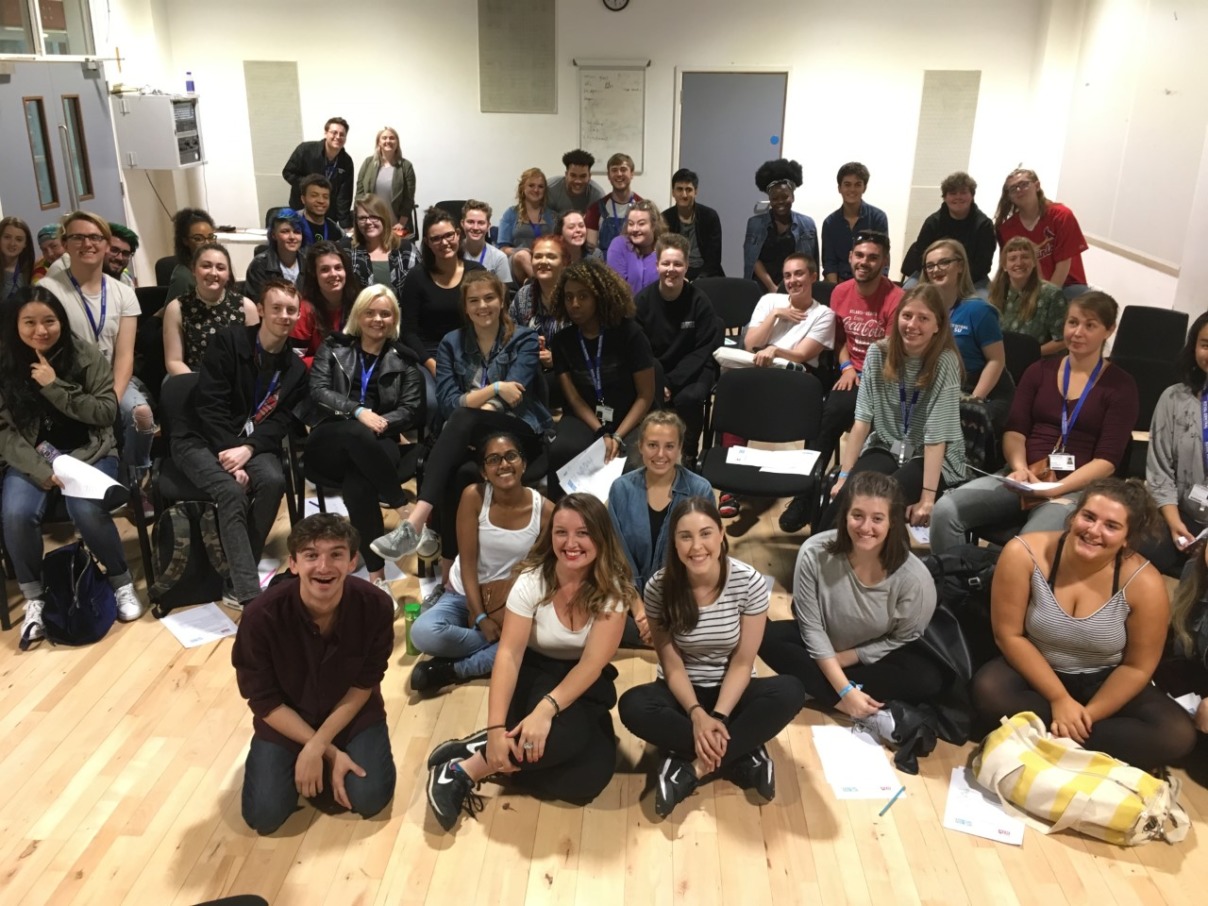